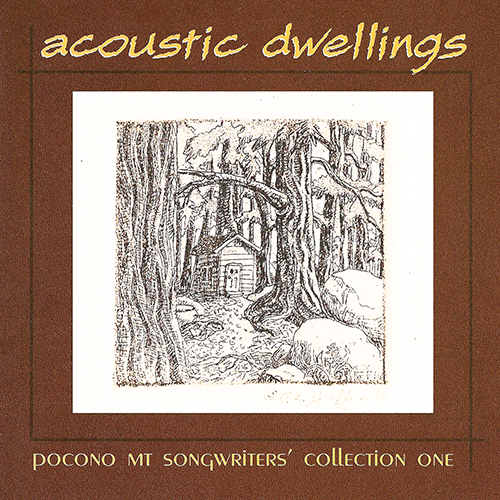 Update Required To play the media you will need to either update your browser to a recent version or update your Flash plugin.

It is rare in a producer’s life when he’s fortunate enough to be in the same room with thirteen talented songwriters as they step to the mic to lay down a piece of their creative soul to raise a bit of cash for Habitat for Humanity. March 10th, 1998 broke ground in Monroe County, PA. It was the very first songwriters’ event, first songwriters’ CD, first live pop recording, and the first-ever recording at Sarah Street Grill. The vibes that night from both talent and audience were goosebumps-a-plenty. If you had been lucky enough to be at that standing-room-only word-of-mouth song cluster, you’d agree that great events sometimes happen by surprise.  The success of Acoustic Dwellings attests to the vibrant 90s music scene of North Jersey and Pennsylvania.  History was made by thirteen artists who shared their stories and songs in an effort to spread love and put a roof over a few more heads.