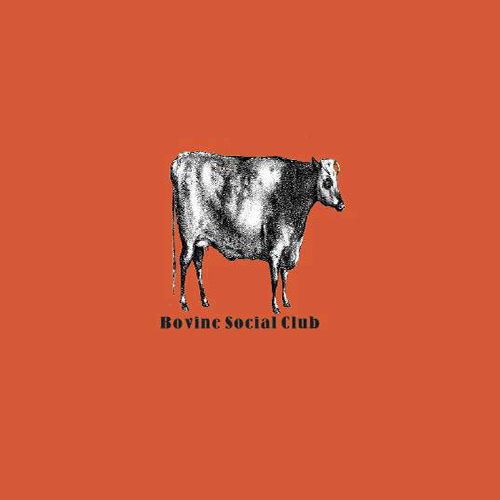 Formed in 2010 on the banks of the Delaware River, the band’s seasoned musicians back the thoughtful lyrics of vocalist, philosopher, memoirist, and former monastic, Samuel Saint Thomas. This self-titled debut CD, released at the famed jazz club, The Deer Head Inn in the spring of 2012 to a sold out audience, was produced by Railroad Earth’s Tim Carbone. It charted at #7 on both the Roots and Americana charts with the single “The Rayban Song,” earning Bovine Social Club high praise as one of the most respected new Americana bands in the Northeast.

Since its freshmen release, Bovine Social Club has been lighting up audiences with its original music in listening rooms, famed coffee houses, theaters, and amphitheaters, touring from Vermont to Virginia, sharing stages with some of the country’s finest talent. Their unique blend of folk music is informed by Folk, Celtic, Old-time, Gospel, Alt-Country, and Bluegrass vocabularies.

A huge thanks to our herd of sixty-six friends who contributed to this recording. We sincerely thank our families for their kind support of our vision. Special thanks to Johnny Grubb, Tom Lefever, Suzy Perler, Jacob Oliver, the wonderful staff at the Deer Head Inn, and most of all, our guru, producer, and arranger, Timothy Carbone.